Ha! Yes indeed, I made a reference to Blue Fenugreek in my previous post and then… nothing. So I owe it to those readers to whom trigonella caerulea matters a lot to follow-up, and I will begin Episode 2 of this weekend’s post with that.

So here goes: there was a purpose to our detour across the mountains of Glarus. I wanted to stop in the canton’s eponymous capital and pick up a Stöckli of Schabziger, the local cheese that is not produced anywhere else. But at the Milchmanufaktur’s cheese counter, nicknamed “Käseparadies”, my quest took an unexpected turn when the young woman who helped me assemble the day’s cheese collection showed me two different cheeses from Glarus. One was the Stöckli, the green, slightly tapered package containing hard cheese made from skim milk. The other was a small white container that looked a little less styled, a bit more home-made, and of course I could not resist. So I ended up with Glarner Alpziger, a cheese made by Siegfried and Myrtha Fischli from milk produced by cows who graze on the Änziunen-Rauti Alp where Schwyz and Glarus border each other. More accurately, the cheese is made from the whey that is left over after cheese making.  Alpziger starts out as a slightly sour fresh cheese that is shaped into balls, gets salt and ground blue fenugreek mixed in and is then pressed by hand into small white tubs, one of which I ended up with. It is certainly an acquired taste, and I’ll need to experiment a bit more with it to get the most out of it, but the mere fact that it’s produced  by a couple that refuses to give up on a tradition that’s been in the family for generations makes me want to savor every last bit.

And with that, we move to cows coming home. As last year and 14 years ago, Christine and I decided to see an Alpabgang, and drag along our kid and, this time around, a friend who had already had to suffer through the windy road through the Glarus mountains and who now had to make sense of our delight and cows parading down the street, decked out in flowers and greenery. The idea is the same everywhere: it may have started with a festive closure of summer grazing when the cows parade down the mountains through the villages to stables or winter pastures, but today it is a great excuse to throw a town-wide party and invite people from all over. In Seewis im Prättigau, in the canton of Graubünden, they know how to celebrate their livestock. 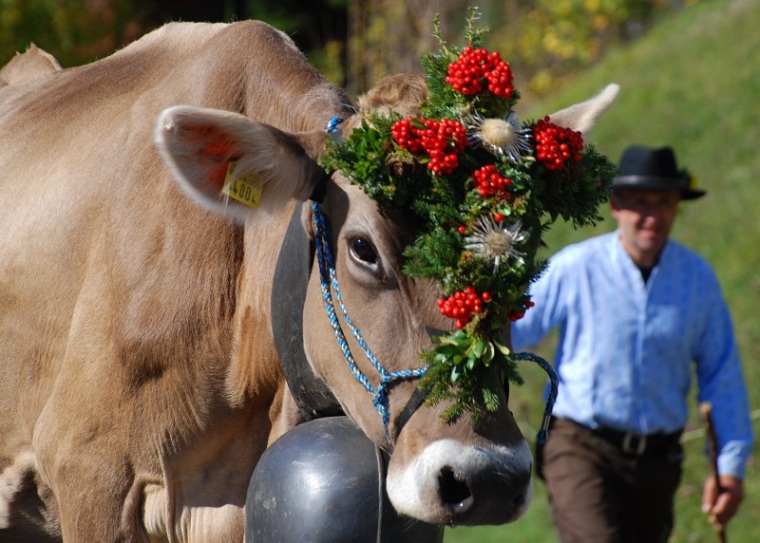 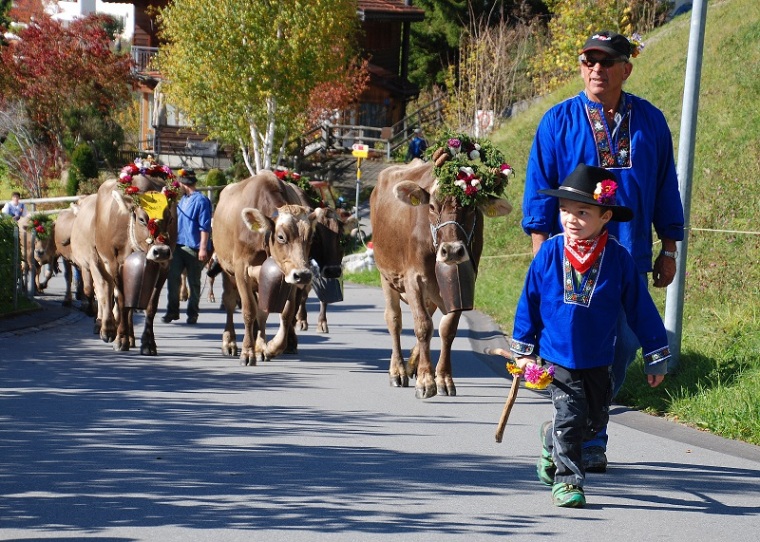