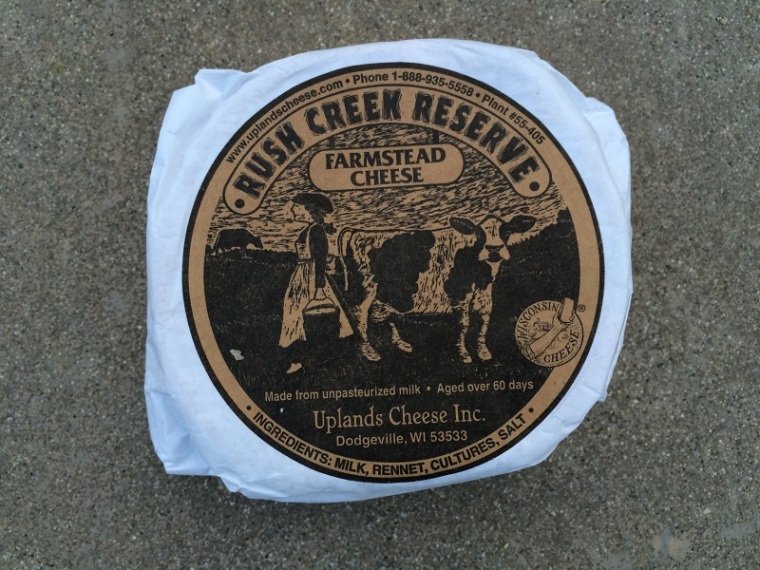 My first cheese of 2016 came from the local Whole Foods. I simply went for the most interesting cheese I could find, so I ended up with Rush Creek Reserve, a farmstead cheese from Wisconsin. According to the rules of the American Cheese Society, this means that the milk from which the cheese is made comes from one farm (or one herd, I guess), without any other milk mixed in. In this case, that would be the Upland Cheese Company farm, which is in the southwest of the state. It looked nothing like the big blocks of yellow foam cheese Green Bay Packers fans put on their heads on game day, and that was a good part of its initial appeal.

When I looked up the farm, the cows and the people behind this cheese, its appeal rapidly grew. From the way they breed the cows (9 different races are crossbred, according to the website), the way the cows graze (new paddock every day) and the fact that it is a raw milk cheese, it was clear that these folks mean business. Rush Creek Reserve is the American response to the French/ Swiss Vacherin Mont d’Or (the cheese is made on both side of the French/ Swiss border, but the Swiss own the name, in France it is known as Mont d’Or or Vacherin du Haut Doubs – it’s a long story, and the French are still seething). It means that this is a cheese produced only during the time the cows are fed hay instead of fresh grass. This happens in winter, so Rush Creek Reserve is a seasonal cheese. It is a soft, washed rind cheese that comes with a strip of spruce bark tied around its edge, so that the cheese keeps it shape, even if it is not in a box. Mine was only wrapped in paper, not sure it this is how it comes, or if the Whole Foods people broke the box… 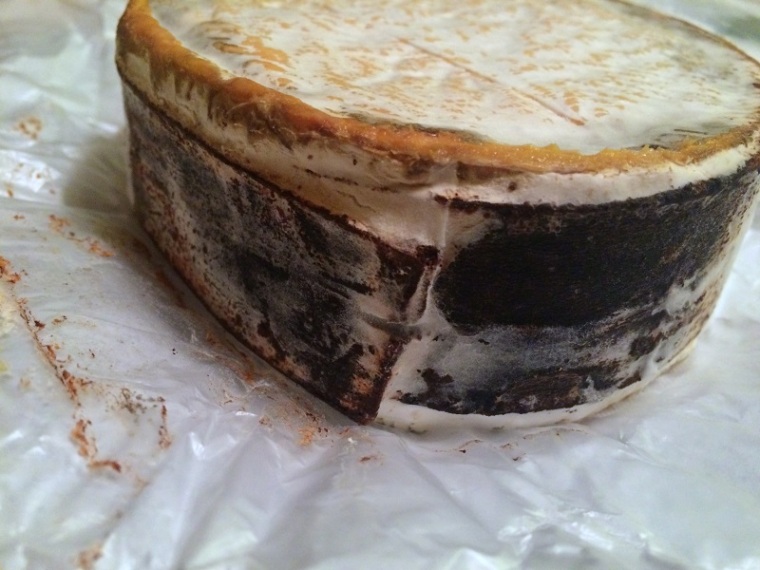 The idea is that once the cheese is ripe (you can push the rind and it will give) you take the rind of the top like you would open a can, and you can then spoon out the cheese, which has a consistency of thick custard. It has a beautiful pale yellow color and a very, very interesting flavor: salty, smoky, and woodsy, all in a perfect balance. I found it a little unusual at first but with the second spoonful I was completely sold. There are probably a host of different ways you could use this cheese in cooking, but I enjoyed it with just some crusty bread – it really doesn’t need anything else. It is quite pricey (13 ounces will set you back somewhere in the neighborhood of $30) but it is worth it, and considering that the entire production is sold out for 2015, the cheese has a lot of fans. 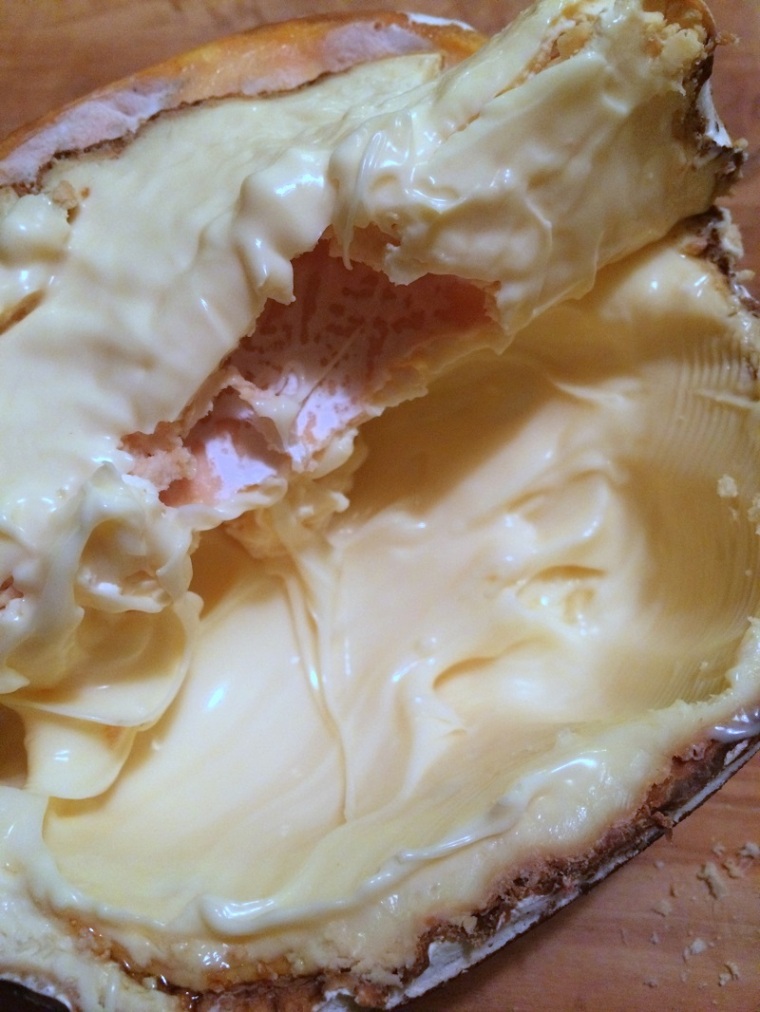 Interesting detail: Upland Cheese didn’t make any Rush Creek Reserve in 2014, because of the unclear FDA-issued regulations. The FDA is quite concerned about cheese made from raw milk. Cheese in the US has to be aged for at least 60 days – the idea being that all bad bacteria are dead by that time, an idea for which there seems to be scant scientific evidence, but the FDA seems to take a better-safe-than-sorry approach. Good thing, I say. Imagine living in a country like France, where you could freely buy such lethal weapons as a Camembert au lait cru – naturally prohibited in the U.S., on account of it being a public health and safety issue….